Guinea pigs and rabbits are almost similar to each other. From the size to eating habit, they share a lot of things in common. Which is why people often confuse between these pets while choosing one. Desoite the similarites, both critters come with their own set of advantages and drawbacks.

So, Guinea pig vs Rabbit, which one makes the great pet? If you are among the bunch who is struggling to figure it out, then this very article is for you. I have made an in-depth comparison between these two which includes their behavior, food pattern, and many more!

Let’s begin, shall we?

An Overview- Rabbit Vs Guinea Pig

There are slight differences between these two critters. Rabbits are a bit bigger in size than the guinea pigs; hence they require much more space than the other. A rabbit will bite in rough situations, compared to that, guinea pigs are calmer.

A misconception that most people have, is both the guinea pig and rabbit require very low maintenance which is completely wrong. Both of them require medium to high maintenance regularly. Maintenance means, giving them their diet, knowing what they require, noticing their behavior, cleaning their living area, taking them to the playground, etc.

Both of them are social animals and you will find both to be very entertaining. 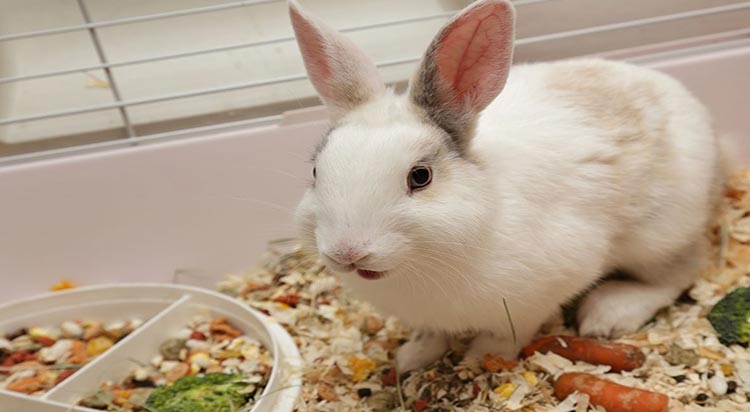 Major Difference Between These Two Animals

Let’s get a little more specific and find the fact that differentiates one from the other. Actually, it is little hard to find out the difference, however, the researchers have found one. And that is the size, I have mentioned that above and now I am going to give you exact numbers.

Guinea pig sizes can range from 8 to 11 inches and they weigh around 1.5 to 2.5 lbs. These animals have a life span of more than 5 years if properly taken care. Guinea pigs don’t require heavy expensive food. They require fresh vegetable, fruits, timothy hay, and water. And sometimes you can feed store brought guinea pig food as a treat.

Chewing hay all the time, can causes tooth decay. But their teeth grow faster. And that is why it is necessary to provide the guinea pigs with toys and snacks. Guinea pigs are calmer and they are less likely to nib or scratch like rabbits.

They don’t grow that much which makes it easier for you since they don’t require much space. Guinea pigs are very small and they are very faster in term of moving, better than rabbits. And that’s what makes it hard for the owner to catch a guinea pig from inside the cage. And if somehow they get out of the cage, that may require you to run a few hours behind it.

Guinea pigs can’t withstand in tough situations. For example, in winter, they are most likely to catch a cold or cough if cared properly. And that is why this animal requires heavy look after. 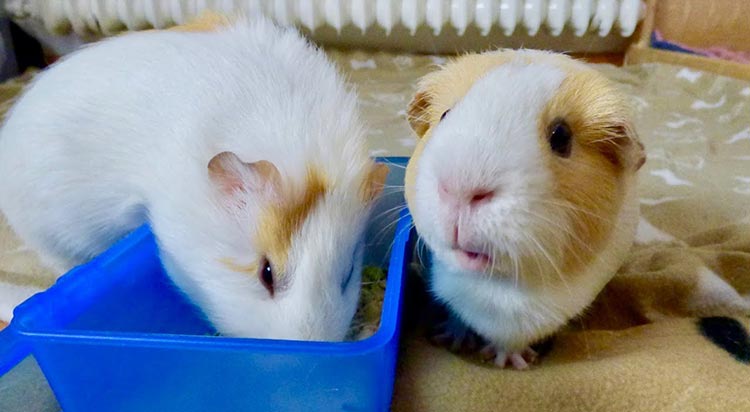 Rabbits can grow healthy very faster which means they require bigger space as they grow. However, there are several rabbit breeds and some breeds don’t grow that faster which are Dutch rabbits and Netherland Dwarfs.

And you should know that for these two, as maturity grows, male rabbits become aggressive. They not only become hard to control; they sometimes harm the owner as well. Even, they try to harm their own kind.

Like guinea pigs, rabbits are herbivores as well; they don’t eat meat. But rabbits tend to depend more on a product based diet plan, which includes hay, grasses, vegetables, and fruits. That being said, rabbits should be given a moderate amount of food. 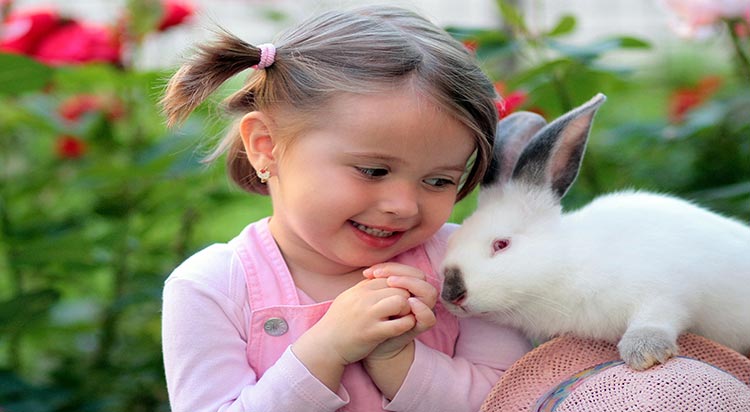 Which One Should You Choose?

It is really hard to mention just one between these two small critters since they are quite similar. However, if you have kids at home, then it is possible that they would love to play with small animals. In that case, you should completely avoid rabbits. And the reason is, they can get aggressive with time and might harm your kid.

Having said that, you should not keep guinea pigs in open; there is a high chance of losing them since they move really faster.

When it comes down to adults, then which animal should they choose depends on them. If you are a lazy person who won’t always be there to check on the pets except for giving regular food, you should go for a rabbit.

Guinea pigs are not for you because they need to be under careful surveillance; all the time. Meaning, they are more prone to danger. And they have a shorter life span. If you build a nice friendly relation between you and your pet guinea pig, then it might get really hard for you to lose it forever.

On the contrary, if you want a pet that's little in size and will always be there to take care of it, then go for guinea pigs can be a nice choice for you.

“Guinea pig vs rabbit which makes great pet?” I think nobody can give you a correct answer to this. It completely depends on the person who petting. However, I tried to dig down into this and took out what I have in my pack for you. Hope it helped you reach your conclusion!